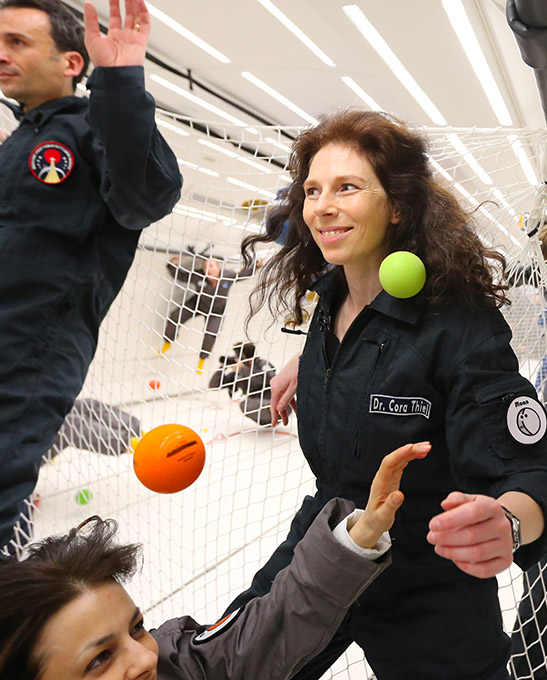 Cora Thiel was the first female gravity-free flight instructor at Air Zero G, making her the first in Europe too.

Cora Thiel began working with Novespace as a researcher in 2006 and became an instructor in 2015. A doctor of biology, she is also a research associate in space life sciences at the University of Zurich in Switzerland.

Cora manages a multitude of scientific research projects on board various microgravity platforms, including the international space station, exploration rockets and, of course, parabolic flights.

“Weightlessness changes your outlook on life”

“I’ve experienced more than 700 parabolas now, but the feeling of floating weightlessly is always really amazing and special. It’s great to see how excited and interested passengers are when they discover their first parabola. They become kids again, infants, in this extraordinary environment, and you can see the glimmer in their eyes as they embark on this once-in-a-lifetime experience. Discovery flights are a great opportunity for me to share my passion for microgravity research.”