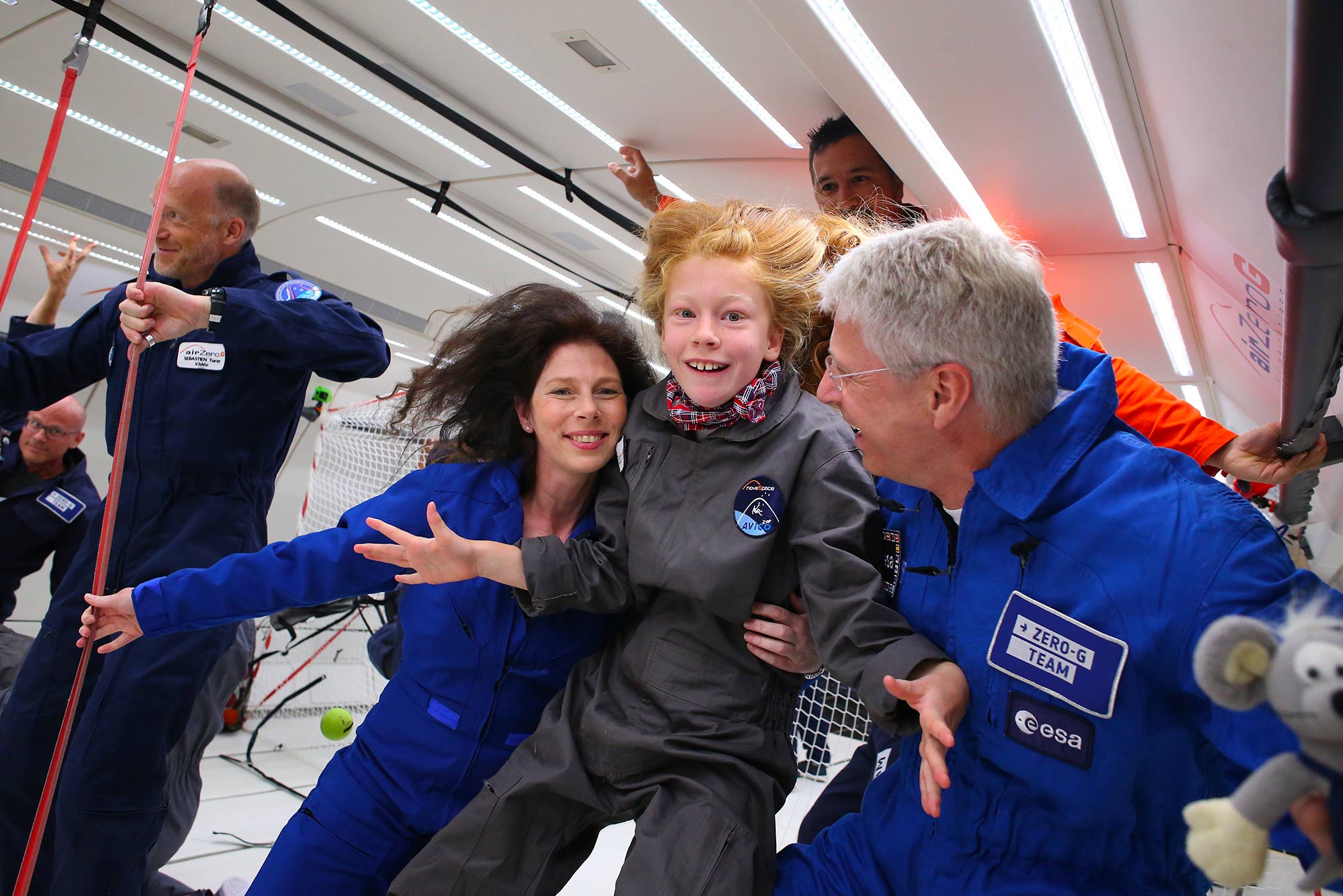 Relive the moment eight children with disabilities from five European countries embarked on an unforgettable adventure: a gravity-free flight in the Airbus A310 Zero G.

On August 24, 2017, eight children with disabilities from Germany, Belgium, Italy, the UK and France took a flight on the Airbus A310 Zero-G operated by Novespace, a subsidiary of French National Center for Space Studies (CNES). The children were the guests of the “Rêves de Gosse” (“Kid’s Dreams”) fundraising campaign, the European Space Agency (ESA) and Novespace. They were accompanied by six European astronauts and two adults with disabilities.

You simply have to see the look of delight on the faces of four of these budding astronauts – Amita, Francesco, Josh and Eléonore – to tell how thrilled they are at each new sensation of weightlessness.

Everyone dreams of flying, but this fun, emotion-filled flight takes it to a whole new level. You don’t need long words to describe the feeling of incredible joy experienced by these eight “extraordinary” children who communicated their excitement to the ESA astronauts and Air Zero G flight instructors accompanying them that morning.

Directors from Airborne Films captured each moment with their professional eye. No need for production tricks or special effects – it’s simple and surprising. And surprisingly simple: a dream made reality.