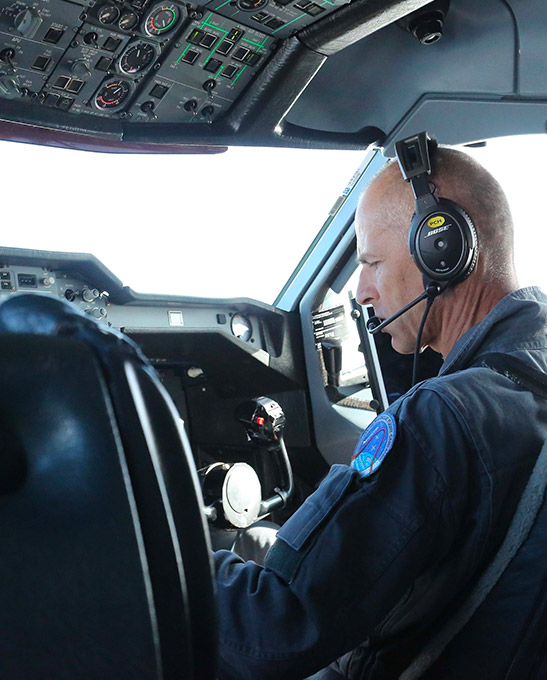 Parabolic flight pilot and instructor on the Airbus A310 Zero G

Microgravity first won Stéphane Pichené’s heart in 2006. Fighter pilot and then test pilot, until that point, he was more inclined to fly under heavy (and obviously highly positive) load factors.

He flew his first campaigns on the A300 (no.3), predecessor of the A310. It was also on an Alphajet that he had the chance to try a few patrol parabolas on “Zero G” for the making of a movie.

“I remember my first training flights: I happened, briefly of course, to glance with amazement at the information on the g-meter, wondering if I should pull or push on the control wheel to return to the correct range. Everything went back to normal – after the pull-out! – and each subsequent parabola gave minute responses, so I’m familiar with the flight path now. Outside the cockpit, I love the physical feeling of letting go on injection. When you’re at the controls, you need to concentrate very hard, and you focus on the small band of the load factor, while staying alert to the sensations of your own body as it gets lighter between the seat and the belt.”

Under normal terrestrial gravity conditions, Stéphane has had the opportunity to experience many different aspects of aeronautics:

Stéphane is also “Jupiter” flights director at the Paris International Air Show, alongside his work as a microgravity pilot for more than 10 years. He’s particularly keen on these two activities, probably because they allow him to meet so many different people.

“It’s always a real incentive to see the passengers, experimenters and organizers return from a flight with a huge grin on their faces after some great parabolas.”