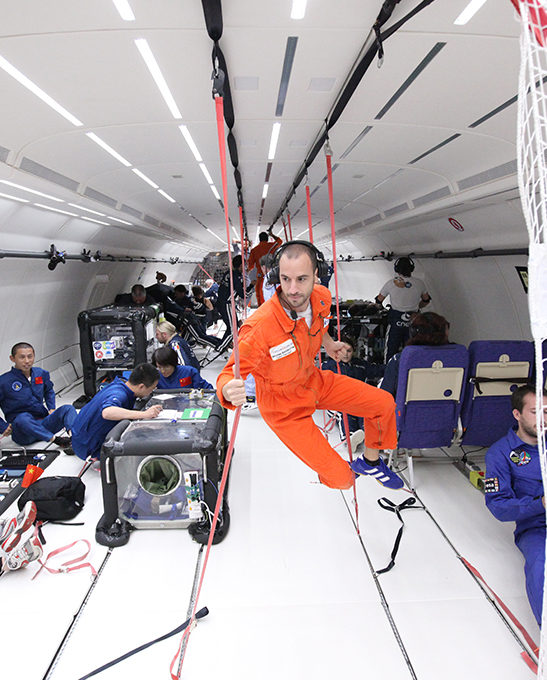 Flight mechanics since 2004, Nicolas has been involved in numerous transports and projection flight missions for the French government. He specializes in aircraft centering and unassisted loading operations.

Nicolas has accumulated 3,600 flight hours in the Airbus A310 for the French air force and some 1,900 parabolas on the Novespace Zero G aircraft since 2015.

Cabin safety instructor/examiner on the A310 and A340, and holder of a flight license, Nicholas operates as a flight safety officer or flight-attendant leader, depending on the flight campaigns of the Novespace Zero G aircraft.

“That feeling of being freed from your own weight”

“It’s always great to see the look of elation on people’s faces when they experience weightlessness for the first time. Parabolic flights free people from their own weight – they almost forget about it.”