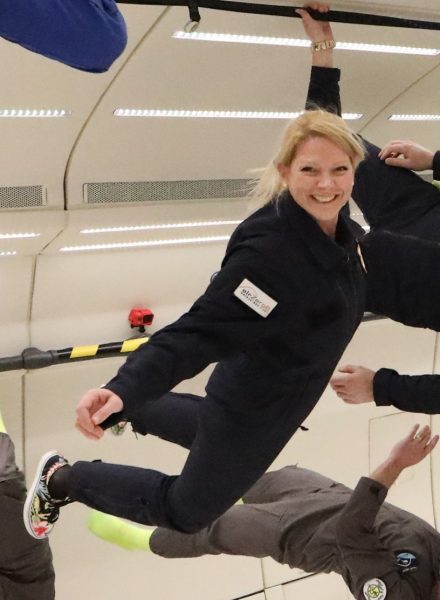 Astronaut Instructor at the European Astronaut Center (EAC) of the European Space Agency (ESA), Laura has been instructing crews from all space agencies since 2010. She trains astronauts prior to or during their mission on the International Space Station (ISS) on experiments related to physiology and neuroscience.

After a first scientific parabolic flight in 2011 for an experiment in cardiovascular physiology, she has been a regular contributor to flight campaigns since then. As a result of having been involved in the Kid’s Weightless Dreams project, Laura became a parabolic flight instructor in early 2018, a task she performs alongside her other activities.

"You don't have to go to Space to experience the true feeling of it!"

“I give the same attention to the preparation of the “astronauts for a day” who are getting ready to board the Air Zero G plane, as I do to the training of the astronauts going to the ISS. The only real difference for me is that with Novespace, I accompany my passengers before, during and after the flight and share with them one of the most exciting moments of their lives.”