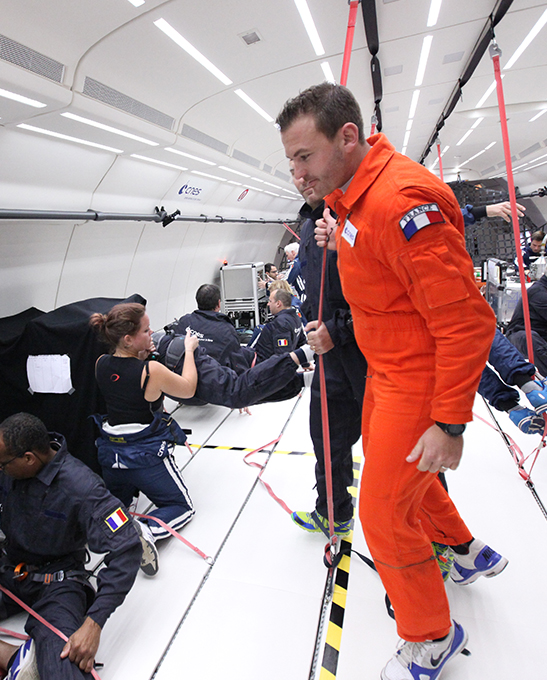 A flight mechanic in the French air force since 2008, Julien specializes in cargo, passenger, humanitarian and government transport flight missions.

He has flown a total of 2,800 hours in the Airbus A310 (French air force long-haul aircraft) and almost 1,000 parabolas on board the Airbus Zero G since it was brought into service in 2015.

Fascinated by aeronautics since he was a young boy, and a microlight aircraft pilot by the age of 17, he joined the French air force at an early age, first as an aircraft mechanic and then, a few years later, still drawn to the air, as a flight attendant.

Instructor and cabin safety trainer on the Airbus A310 and holder of a commercial cabin crew license (PNC), Julien works alternately as a flight safety officer, with responsibility for making daily pre-flight checks of onboard safety equipment and assisting passengers, and as a flight-attendant leader, for which he manages safety briefings and organizes flights.

“Seeing the smiles and the joy people feel when they discover weightlessness, and watching the nervousness on the faces of passengers before the first parabola turn instantly to intense joy as soon as they experience weightlessness, make it a particularly exhilarating activity.”