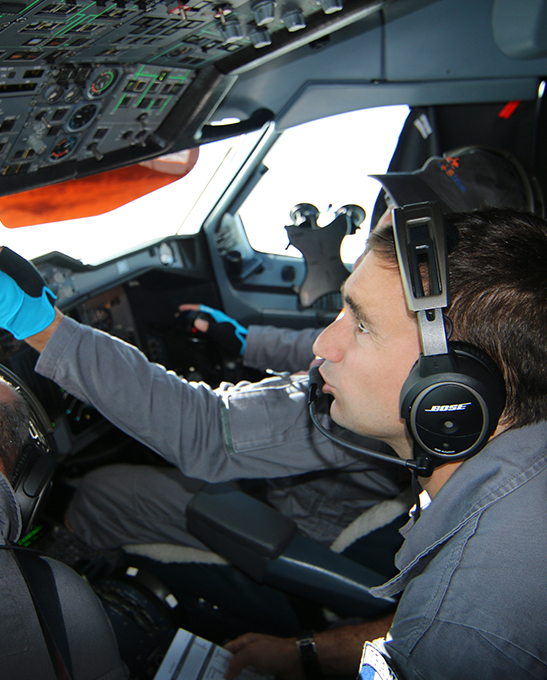 Parabolic flight pilot and instructor on the Airbus A310 Zero G

With 6,500 flight hours under his belt, Bertrand Rameau is passionate about aeronautics.

He first got behind the controls of an aircraft at the tender age of ten, and  he’s been discovering new aspects of aeronautics ever since. As a transport pilot in the French air force, he became an operational expert in the Airbus fleets. Pilot-in-command and qualified instructor and examiner on the A310, A330 and A340, he’s now the entry-in-service officer for the future air-to-air refueling aircraft, the A330 MRT.

When he’s not flying “heavy” planes, he regularly pilots all kinds of light aircraft – it’s a way of sharing his passion with others, such as children with disabilities on flights organized by French charity Rêves de gosse.

“I caught the aeronautic bug when I was just a kid. I’ve never lost that hunger for knowledge about every aspect of “heavier-than-air” aircraft.  Each second of a gravity-free flight brings me closer to space and to this demanding, fascinating universe. I love sharing these magical moments, too. Whether it’s a kid’s face as they’re taking off for the first time, or the look in the eyes of an adult on their first parabolic flight, giving people this unique experience is an unbeatable feeling.”

When the new A310 arrived at Novespace, Bertrand was among the first to report for pilot duty. After a special flight and simulator training course, he completed his first parabolas in 2015.

“You need to reach such a level of accuracy to create gravity-free conditions that each parabola is unique. It’s a little personal challenge I set myself before each parabola!”