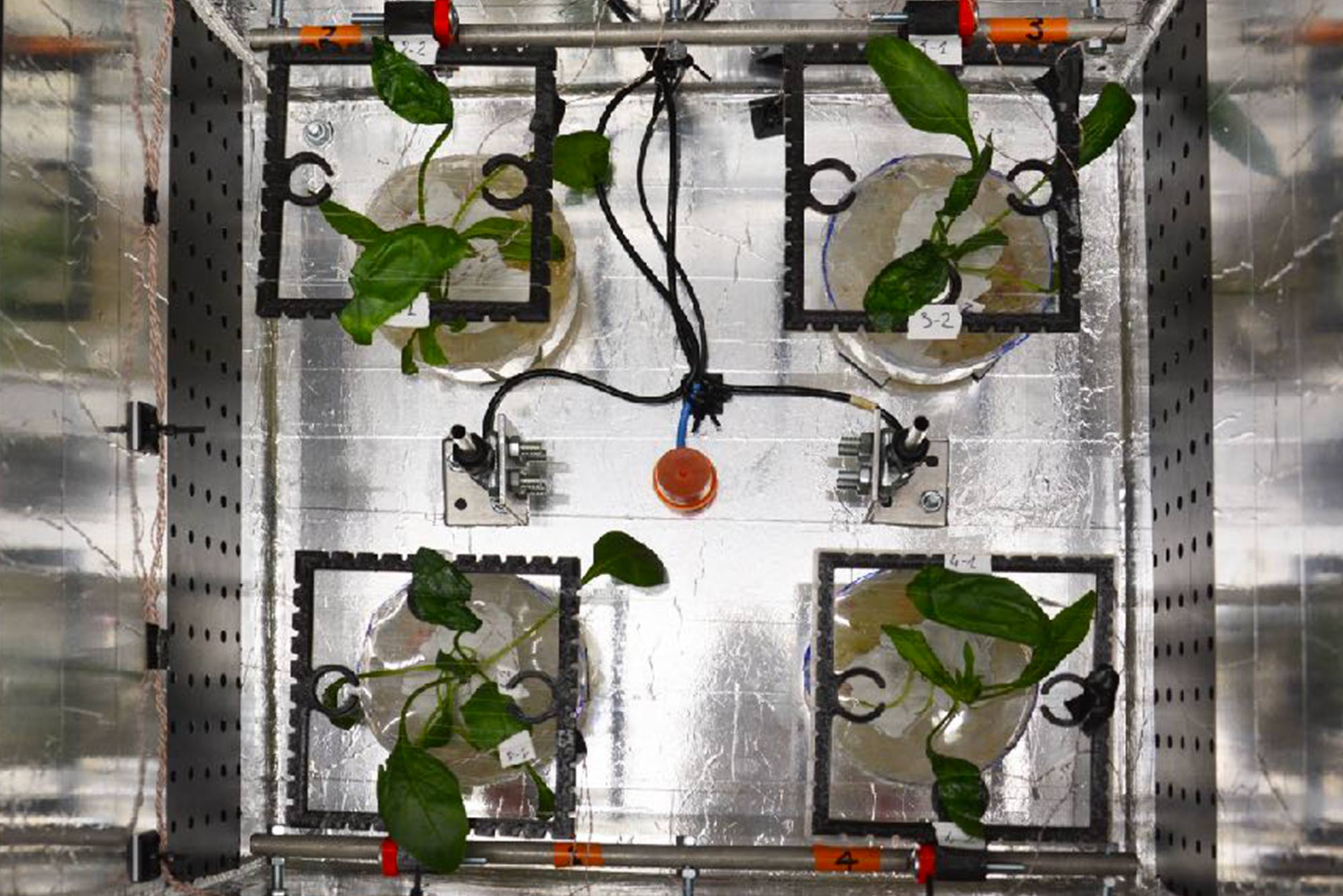 ANdroid-based THErmal Monitoring of Spinachs (ANTHEMS) is an experiment conducted by a multidisciplinary group led by Lucie Poulet from the Institut Pascal, Université de Clermont Auvergne.

For long-duration space flights, large-scale cultivation of plants for food production, water recycling and air revitalization need to be considered.

However, it would be practically impossible to maintain a homogeneous air flow in a very large reduced-gravity cultivation space.

In order to be able to predict plant growth under these conditions, it is necessary to take into account resulting sub-optimal gas exchanges. The data collected during the flight is fed into a mechanistic model that allows us to better understand the response of plants in a reduced-gravity environment and to anticipate their production.

Ultimately, this will improve regenerative life support systems, such as the MELiSSA (Micro-Ecological Life Support System Alternative) artificial ecosystem of the European Space Agency (ESA), by making them more efficient, robust and reliable.

The aim is to quantify gas exchanges (including both photosynthesis and transpiration) of plants under different gravity levels and ventilation speeds, by measuring the surface temperature of spinach leaves using android thermal cameras.

Zero gravity alters natural convection, changing the boundary layer around the leaves and disrupting gas exchanges with the atmosphere. In the long term, this can lead to impaired plant growth. Past experiments have shown that with adequate ventilation, gas exchanges take place normally and plants can develop in zero gravity as they would do under 1g. 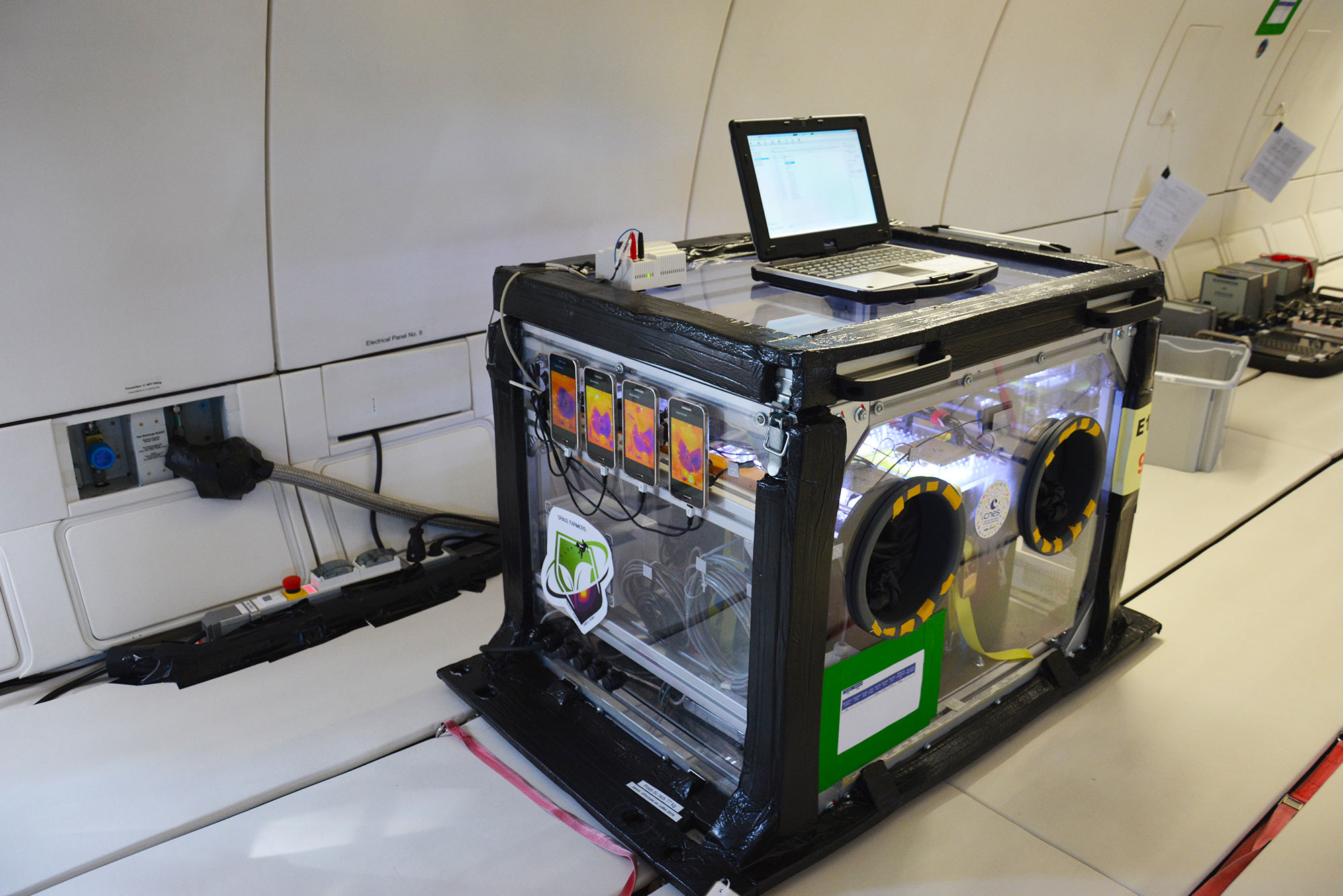 The experiment is composed of a chamber in which four spinach plants are grown in solid agar. This provides the plants with sufficient water and nutrients.

The surface temperature is obtained by means of a thermal camera placed above each plant. These FLIR ONE cameras work on Android phones and are very light and small, unlike traditional bulky infrared cameras, which are usually used to obtain infrared plant images in the field.

Measuring the surface temperature of plants using this type of apparatus has never been done in zero gravity before. What is also innovative about this experiment is the fact that images will be taken in parallel of different plants during a parabolic flight.

Direct applications of this experiment include the development of a knowledge model for plant growth in a reduced-gravity environment.

It will also help validate a more accessible technology for measuring plant surface temperature that may lead to the wider availability of tools for monitoring urban and rural terrestrial crops.

In the longer term, this experiment will facilitate the development of life support systems based on biological processes (especially plants) necessary for human space exploration of the solar system, such as the journey to Mars, and beyond.

Study of muscular strength in microgravity